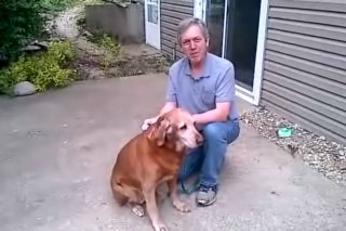 Dr. Kamen, a licensed human chiropractor since 1981, developed a strong interest in animal chiropractic shortly after opening up his people chiropractic practice in Buffalo Grove, IL.

Through the years, Dr. Kamen helped develop dozens of horse, dog, and cat chiropractic techniques.  Starting in 1994, Dr. Kamen took his animal chiropractic seminar on the road, and ultimately conducted over 400 hands-on animal chiropractic technique clinics around the United States, Canada, and Europe, teaching other professionals as well as horse and dog enthusiasts these techniques.  During these seminars, Dr. Kamen saw a lot of horse owners bring their early, and very expensive cold lasers to show how well they helped heal their horse's injuries, such as bowed tendons, bruised stifles, and suspensory injuries, wounds, wire cuts, and a lot more.  These early cold lasers had bulky power supplies, often weighing more than 20 pounds, and costing between $10,000 to $25,000.  The cost of these cold lasers made them inaccessible to the average dog and horse owner, and even for many practitioners.   Soon, Dr. Kamen began researching ways to manufacture an affordable and effective cold laser that just about anyone could afford.  The response to these new and affordable cold lasers was, to say the least, very positive.  Vetrolasers are now used by thousands of veterinarians, animal chiropractors, equestrians and pet owners worldwide.

Sold for animal use.

Note: The blue and red lasers described below are for topical/skin use and do not penetrate  as deeply as our three diode 808nm/300mW infrared laser, which is used for muscles and joints.

​In stock. Or by email, dkamen4492@aol.com  I will hold this price for you until the offer ends September 23rd, 2021.  Very limited supply.
Great for animal sores and wounds.   A lot for the money.  For this low introductory price, you get two lasers, a single diode blue antibacterial laser (405nm/100mW) plus a single diode red laser (650nm/5mW) to treat skin, PLUS a high quality pair of laser safety goggles that protects for both the blue and red lasers sold here.  Real lasers. Not LEDs.  Read further down for the other extras.
Click here for video demonstration.
Veterinarians plus pet/horse owners use the blue laser on sores and wounds for its antibacterial effect, followed by the red laser for healing skin.   There may be a price increase on the blue laser set starting March of 2022.

Also included, at no extra cost, is a packet of acupuncture treatment formulas (used with the red laser), horse, dog, and cat acupuncture charts, plus my complete set of horse and dog chiropractic technique videos on a flash drive. These videos demonstrate, step-by-step, the horse and dog chiropractic techniques and evaluations as detailed in my books The Well Adjusted Horse and The Well Adjusted Dog.  Full spine (neck, mid back, low back), pelvis, hips, tail, jaw, and extremity techniques. The horse chiropractic video shows also shows you how to perform the Pre-race-adjusting sequence that can take fractions off  the time by making your horse more efficient.  Also included is an easy to do canine bladder control technique, and a very effective technique to prevent (not cure) canine hip dysplasia.  These videos alone sell for $56.00.

Government study on the antibacterial effect of blue lasers.